All is Lost - What is this movie really about?

Spoiler Alert: This is not a movie review, but rather an analysis of the symbolism exhibited in the movie All is Lost. If you haven’t yet seen the movie, this analysis will detail many major aspects of the plot as well as give away the ending. 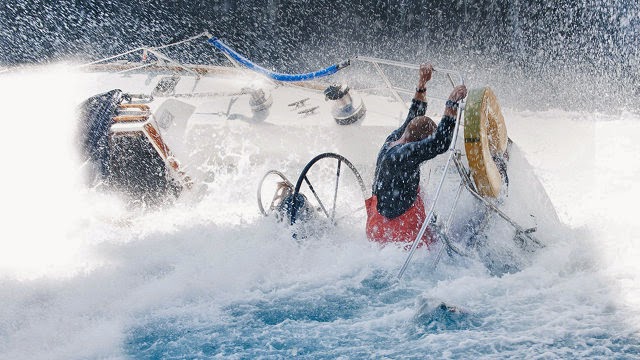 All is Lost is a movie starring Robert Redford as a man alone on a sailboat in the middle of the ocean, and through a series of disasters we watch as he struggles to survive on the open water. If taken at face value, it might be compared to a movie like Castaway where one person must be creative with resources in order to make it out of a deadly situation. If you wish to look a little deeper, you might say that it’s an allegory about a man preparing for the inevitability of death. Either way, it works.

My take on this movie is that it’s all meant to symbolize the way small businesses are constantly being overrun by large corporations. I’ll explain the many reasons why I reached this conclusion in the list below:
What do you think? Am I onto something here or completely off base? The movie is available on Netflix and I highly recommend it, whether you enjoy it for the adventure on the water or choose to look deeper for other meanings behind the action on screen.
Posted by Bill F. at 10:36 PM No comments: